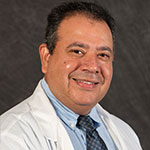 Irvin Alfonso, PharmD, CPh is the Pharmacy Clinical Coordinator at Blake Medical Center. He was born in Puerto Rico, raised in North Bergen, NJ and moved to Florida in 1982. He received his Doctor of Pharmacy degree in 1992 from Nova-Southeastern College of Pharmacy in Davie, Florida. Dr. Alfonso started his career at Jackson Memorial Hospital as the clinical operations coordinator where he established the pharmacy trauma services at the Ryder Trauma Center. He then transitioned to Mercy Hospital as their first critical care pharmacist for 5 years. Dr. Alfonso was then selected to participate in the Leadership mentor program within the Memorial Health-System and transitioned to pharmacy administration. He held the position of Director of Pharmacy at Memorial Hospital West, Northwest Medical Center and Miami Children's Hospital for the past 20 years. In 2017, Dr. Alfonso relocated to the West Coast of Florida to enjoy the sunsets and refocus on mentoring future pharmacy leaders. He currently holds the position of Clinical Pharmacy Coordinator at Blake Medical Center.

Dr. Alfonso is currently an active member of ASHP, FSHP and Southwest Regional Society where he has engaged in various roles, such as Regional Secretary, Treasurer, President of the South Florida Society of Health-system pharmacy, FSHP house of Delegates member for the past 18 years and FSHP regulatory committee. Dr. Alfonso also serves as preceptor for a number of Colleges of Pharmacy including LECOM, Nova-Southeastern, UF and FAMU.

Agostina Eberstein, PharmD, MBA has practiced as the Pharmacy Director at Blake Medical Center since August 2013. She received her Doctor of Pharmacy degree in 2000 from Ferris State University, Michigan, followed by a Pharmacy Practice residency at Memphis Methodist hospital. Dr. Eberstein started her career at Doctors Hospital of Sarasota in 2001 as a clinical pharmacist, then advanced into the Pharmacy Clinical Coordinator role in 2004. In 2007, she moved into a Pharmacy Director’s role at South Bay hospital, in Sun City Florida. In 2011, she completed a Master of Business Administration. She moved to Blake Medical Center in 2013. Dr. Eberstein has been involved in the education of pharmacy students throughout her career. In her role as a Director, she has been involved in the development of clinical services as well as the improvement of various aspects of pharmacy operations. Unique aspects of her leadership style include a strong focus on staff development and positive work environment coupled with the drive to achieve desired outcomes.

Dr. Eberstein is currently an active member of FSHP and Southwest Regional Society. She serves as preceptor for LECOM School of Pharmacy and the University of Florida. 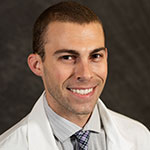 Cale Courtney, PharmD, BCPS is an overnight clinical pharmacist at Blake Medical Center. Originally from Buffalo, NY, he moved to Florida to attend the University of South Florida where he earned his Bachelor of Science Degree in Biomedical Science with minors in Public Health and Biophysics. He received his Doctor of Pharmacy degree in 2014 from the University of Florida College of Pharmacy- St. Petersburg campus. Following pharmacy school, he completed his PGY-1 Residency at Bayfront Health-St. Petersburg where he developed a strong interest in critical care and infectious disease. In 2015, Dr. Courtney started his career at Blake Medical Center as a clinical pharmacist. It was also during this year that he received his Board Certification in Pharmacotherapy. In addition to working the overnight shift at Blake Medical Center, Dr. Courtney continues to work PRN at Bayfront Health- St Petersburg. 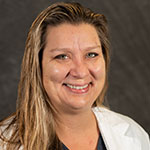 Torry Schilling, PharmD BCCCP is the Critical Care Clinical Pharmacist at Blake Medical Center. A native of Florida, she received her Doctorate of Pharmacy from Mercer University in 2003 and completed a Pharmacy Practice Residency at Mayo Clinic Jacksonville in 2004. Dr. Schilling moved to West Palm Beach and practiced as an Oncology Clinical Pharmacist while teaching oncology pharmacy to Palm Beach Atlantic University pharmacy students as an adjunct professor. She then moved back to her hometown of Orlando to work as a Clinical Specialist in Bone Marrow Transplant at Florida Hospital Orlando. After spending ten years specializing in Hematology/Oncology, Dr. Schilling moved to the west coast of Florida, where her exposure to trauma and critical care inspired her to change her specialty. Dr. Schilling has worked for Blake Medical Center for seven years, and achieved her board certification in Critical Care Pharmacy in 2017.

Dr. Schilling is certified in ACLS, PALS and ABLS. She is an active member of FSHP and SCCM. 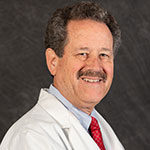 Don Bogar, PharmD, BCPS, has been at Blake Medical Center since February 2017. He initially obtained a BS degree in Pharmacy from the University of Oklahoma in 1982 then went on to complete a residency in hospital pharmacy administration. After moving to Florida, Don worked as a staff pharmacist and then as a director of pharmacy for several years. He went back to the University of Oklahoma and obtained his Doctor of Pharmacy degree in 1996 followed by a PGY2 residency in critical care. Don worked as a clinical pharmacist in critical care in Florida and Virginia until 2015 when he became an assistant director of pharmacy at Lakeland Regional Medical Center. In 2017 he moved with his wife to Bradenton and joined the staff at BMC. 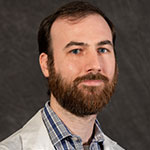 Stephen Geisler is the pharmacy operations manager at Blake Medical Center as well as the antimicrobial stewardship lead pharmacist. Steve was born in Red Bank, NJ and relocated to Florida in 2001. Steve started his hospital pharmacy career working as a pharmacy technician at Doctors Hospital of Sarasota, later becoming the pharmacy inventory coordinator. Following exposure to hospital pharmacy Steve pursued a career as a pharmacist, completing his Doctor of Pharmacy degree at LECOM School of Pharmacy in 2012 while working as a pharmacy technician at Blake Medical Center. Upon graduation, Steve accepted a full-time role at Blake and after 3 years of working as a clinical pharmacist he accepted a management role in the pharmacy department in 2015. 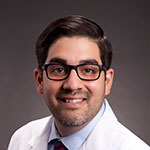 Kenny Navarrete, PharmD is a clinical pharmacist and residency coordinator at Blake Medical Center. He was born in Brooklyn, NY and raised in Miami, FL. He attended and received his Doctor of Pharmacy degree in 2018 from Lake Erie College of Osteopathic Medicine School of Pharmacy – Bradenton campus. Following pharmacy school, Kenny completed an ASHP-accredited pharmacy practice residency at Memorial Healthcare Systems in Ft. Lauderdale, FL. Since finishing his residency in June 2019, Dr. Navarrete has been with Blake Medical Center. His interests are critical care, emergency medicine, and infectious diseases. Dr. Navarrete is certified in ACLS. He is also a member of Florida Society of Health-System Pharmacist (FSHP) and American Society of Hospital Pharmacist (ASHP)." 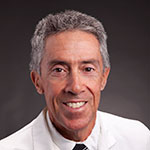 Gary is the staff pharmacist at Blake Medical Center. He was born in Catskill, NY, and received his BS in Pharmacy with Honors from Albany College of Pharmacy in 1979; and his Pharm D from the University of Florida in 1981. He moved to Bradenton and was the Clinical Coordinator at Blake from 1981 to 2003 when he became the Director of Pharmacy for about 8 years from 2003 to 2011. After stepping down from the Directors position, he was a part time remote order entry pharmacist for the West Florida Division of HCA from 2013 to 2019, serving Fawcett, Doctors, Blake, Palms of Pasadena and Engelwood Hospital Pharmacies while maintaining a part time staff position at Blake. He also has worked retail pharmacy at Publix Pharmacies part time from 2009 – 2013 for locations in the Manatee County area. In addition he serves a Consultant Pharmacist for 4 area ambulatory surgery centers. He was Board Certified in Nutrition Support Pharmacy in 1992 and recertified in 1999. He has precepted pharmacy students from UF and other pharmacy schools for many years and was Preceptor of the Year for UF multiple times. He has authored multiple publications and has published a handbook on critical care drugs, titled “Critical Care Intravenous Infusion Drug Handbook”, Mosby. 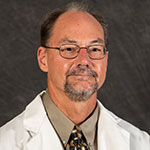 Thomas is a member of Florida Pharmacist Association (FPA), the American Society of Consultant Pharmacists (ASCP), and the Florida Society of Health-System Pharmacists (ASHP). When not involved in Pharmacy, he is active in the Agricultural community in Manatee County, Florida. 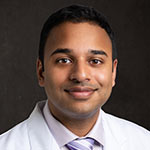 Steven Jacob, PharmD, MBA is an advance clinical pharmacist, medication reconciliation at Blake Medical Center. Born and raised in Minnesota, he attended the University of Minnesota for two years, then completed his Doctorate of Pharmacy and Masters in Business Administration at Drake University, Des Moines, Iowa in 2013. He then moved to Florida, where he worked as a pharmacy manager for 7 years. In March 2020, he joined Blake Medical Center’s pharmacy team. Dr. Jacob serves as a USF and LECOM preceptor. 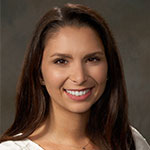 Patricia Pajak, PharmD, is the Medication Reconciliation Supervisor at Blake Medical Center. She was born and raised here in Florida and attended the University of South Florida for her Bachelors of Science degree in Biomedical Science. She then moved on to become a Gator at the University of Florida College of Pharmacy (St. Petersburg Campus) for her PharmD. Upon completion of pharmacy school, she completed her PGY-1 Residency with an ambulatory care focus at Bay Pines Healthcare system and spent the majority of her time at the VA outpatient clinic in Sarasota, FL. Her interests include ambulatory care and transitions of care and since residency, Dr. Pajak had been piloting the new Medication Reconciliation Program at Blake Medical Center.